NATO said that two Russian fighters flew dangerously and unprofessionally over a French and a Dutch warship in the Baltic Sea. 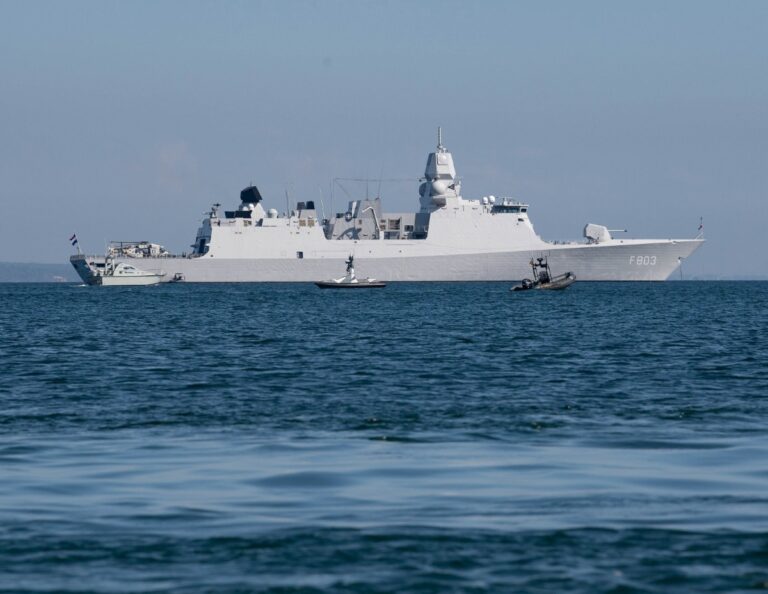 The Dutch HNLMS “Tromp,” which is the flagship of the Standing NATO Maritime Group 1 (SNMG1), and the French “Chevalier Paul” were both on patrol in the Baltic Sea on November 17, 2022, when they were approached by two Russian fighters.

NATO said, “The Russian pilots did not answer the Allied forces’ standing query communications, and they flew over the force at 300 feet and 80 yards away.” “NATO thought the interaction was unsafe and unprofessional because it happened in a known danger zone that was being used for air defense training and because the planes were so close and flying so high.”

No information was given about the exact type of the two Russian fighter planes.

Russian planes and NATO ships talk to each other like this all the time. In February 2022, the French Chief of the Defense Staff said that the aircraft carrier Charles de Gaulle was being followed by several Russian planes in the Eastern Mediterranean.

But since Russia started its invasion of Ukraine, western forces have been worried about the chance of an incident and a possible escalation.

“At sea, the Russians are often within 2,000 meters of our ships. Their weapons systems are active, and they let us know by lighting up our buildings with their fire control radars,” Admiral Pierre Vandier, the French Chief of the Naval Staff, told the French Defense Committee in an August 2022 hearing. “You have to remember that for a combat ship, the only thing that makes the difference between low and high intensity is the orders it gets. […] These uncontrolled actions make the sea a place to show force today and will make it a place of confrontation tomorrow.”