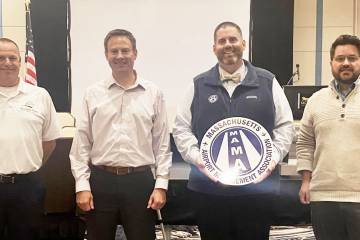 Coming off its recent annual meeting in Springfield, the Massachusetts Airport Management Association (MAMA) elected a new slate of officers and renewed its goals for supporting the state’s 37 public-use airports in the upcoming year.

Matt Elia, the assistant airport manager at Cape Cod Gateway Airport, was elected as president and outlined a list of the organization’s priorities. Among them are increased funding for the Commonwealth’s airports that provide $24.7 billion in annual economic output and protecting the Massachusetts state aviation sales tax exemption that helps to support more than 199,000 aviation-related positions across the state. The data, he said, comes from a recent statewide airport economic study conducted by the MassDOT Aeronautics Division.