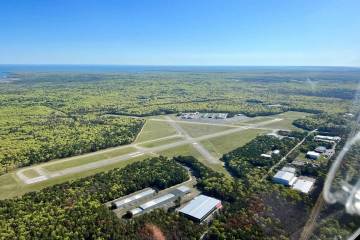 An October 19 ruling by New York State Supreme Court justice Paul Baisley prevents the town of East Hampton from temporarily closing its airport (KJPX) then reopening it as a private-use facility with prior permission required, according to NBAA. The ruling comes after a protracted attempt by the city to change the airport’s operational status, NBAA explained, “ostensibly to address community concerns over noise.”

A previous temporary injunction had prevented the town from implementing the changes. The latest ruling, in response to litigation filed by aviation stakeholders, also rejected the town’s motion to dismiss the case.

Baisley’s ruling noted that the town did not analyze the proposed restrictions under New York’s State Environmental Quality Review Act, according to NBAA, nor submit a study in compliance with the federal Airport Noise and Capacity Act of 1990.

NBAA recommends that pilots “continue to fly neighborly, observe the voluntary curfew, and follow the applicable routes and noise-abatement procedures.” Ed Bolen, NBAA‘s president and CEO, also emphasized that the association and aviation stakeholders want to keep working with the town on the airport noise issues.

In response, East Hampton said, “The town board is conferring with its outside counsel to assess any effects of the decision, to maintain the town’s continued compliance with all court orders, and to consider the town’s legal options, including appeal. The town remains firmly committed to ensuring that its airport best serves the community.”

“The court’s decision to reaffirm the impropriety of the town’s actions to curtail operations at their community airport is a significant step in protecting access not just to East Hampton Airport, but to other airports in New York state and around the country,” Bolen said. “It is vital that town officials recognize their obligations to maintain access under established state and federal statutes.”